•        The page has declined more than 6, 500 requests for membership, and dropped more than 500 members for violating rules.

•        Despite the strict rules, the page keeps growing and has established a reputation for valuable campsite reviews.

There’s a new destination that is attracting thousands of travelers, offering a strange list of none amenities – no electricity, shared toilets, zero Wi-Fi.

Instead, it offers nature, within a forest, beside a river, or a beach.

This new destination is called the campsite and there must now be hundreds of them around the country, many clustered in the mountains and along the coast. Most of them are not easy to reach, with off-road terrain that gets muddy and slippery when it rains, river crossings whose waters rise according to the season, or single-lane roads that look like hiking trails.

Yet, the campers keep coming, bringing all they need to “live” outdoors for a day, or a weekend –cook ware, mini stove, griller, bed, chairs, tables, coolers, even portable toilets plus shower rooms.

Campsites have attracted a large following since 2020 when lockdowns kept people indoors and the family bubble was born. A Facebook page named Car Camping PH created on Dec. 8, 2020 by Zernan Canonigo, now has 43, 000-plus users. It is now managed by Luz Pena-Canonigo and Alex Gonzales as administrators, and Lawrence Dy as moderator.

It is clearly the fastest growing page that has attracted the die-hard outdoors people, the merely curious and the new camping enthusiasts.

Dy, who also takes care of membership requests, said they get about 150 requests every day, about 50 percent declined for various reasons. And there are also members who are “dropped” from the group for violating rules.

The founder, Canonigo, who is known by his Facebook name – Anthony Stark – said that in the past 11 months only, they had declined 6, 870 requests with regard to membership, and 515 people have been blocked for not following the rules.

The page has become a go-to for information on campsite location, services and customer relations, and for camping gear – from the high-end roof racks to grillers and cookware. Many believe that it is the administrators’ and moderator’s tight rein on group behavior that is the reason why it has grown so fast in less than three years.

“We treat each other as family. That’s why the founder of the group offers always made it clear that all members of the family should be protected from unscrupulous members, ” Dy said of their rules on many issues, among them bashing and selling or swapping gear. Despite the rules, the particular attraction to join the group continues.

The particular re-birth of camping

It’s a strange attraction to an outdoor lifestyle that grew out of the Covid lockdown restrictions. When borders opened, people found the car as their safe space regarding leisure activities. That was the re-birth of camping.

“After being restricted from malls, theaters, theme parks, even visiting friends, people started looking for ways to entertain themselves. Driving out and staying in the car became the leisure activity for families, ” Dy said.

Canonigo said: “We stay plus sleep in our car while enjoying the outdoors. Thus, this became a safe alternative activity for Filipino family members during the time of pandemic. Bringing your home outside where you can move and breathe the way we used to – but with caution, keeping social distancing from individuals outside your bubble. And so Car Camping PH was created. ”

Vehicle Camping PH gained more traction in social media as more members posted photos of camp setup and activities, describing everything about it – from the road condition, camp amenities, to “neighbors” in the campsite.

“This is the main reason why people keep on joining our group. People want to have an idea where to go and if possible, bring their families, and friends to enjoy the outdoors in a safe way, to experience car camping first hand, plus appreciate the beauty of nature –without sacrificing everyone’s health, ” Canonigo said.

The energy of the group comes from the men and women who have always loved the outdoors.

Canonigo and his wife were hikers until the first child came and hiking was not practical. “We decided to shift to car camping to bring all the necessities of our kid, and still be able to enjoy nature. ”

“We first tried car camping with our baby at Taal Lake Yacht Club upon New Year’s Eve associated with 2010. Since then, we’ve been car camping. We even tried New Year’s Day camp in the foggy mountain of Benguet, and camping out in one of the isolated islands of Hundred Islands of Pangasinan. Today, when my family wants to escape the busy city life, we go to one of our favorite campsite, Camp Aurora in Cavinti Laguna, ” Canonigo said.

He believes that exposing his kid at a young age to the outdoor lifestyle will make him enjoy car camping out. “We never forget to have a bonfire which is the climax of every trip. There, we share short and important stories with our loved ones. Truly, the best memories are made around the campfire! ” Canonigo said.

It’s the same way of life that Gonzales and wife Mitz and his two kids follow. Gonzales was into 4×4 overlanding and camping along the way before he joined Car Camping PH, long before the pandemic made outdoor camping such a popular activity.

His camping setup instantly tells everyone how passionately – and how long – his family has been enjoying the outdoors. In addition to a roof top tent (RRT), side awning, mobile shower room, mobile kitchen, he has a power generator on a trailer that’s towed by his FJ Cruiser nicknamed “Pumpkin. ”

Dy, the moderator, is a trained mountaineer who has accumulated so much camping gear, including a collection of camping stoves, that’s stored in the three rooms associated with his house. He and wife started camping as an offshoot of long road trips around Luzon with friends –Dr. Jerry plus Edith Dizon and Richard and Carol Palaroan. In 1999, Dizon introduced them to Surf Camp in Caliraya where his car camping days started.

“We would go camping there as often as we can, even if there was no electricity. And they used to charge only P75 per person, ” he said.

They so enjoyed camping that Dy stated his children would miss a few days right after school opens because they are still in a mountain, camping.

“My two kids and Carol celebrated their birthdays up in the mountain. Once we had no birthday cake so I placed a matchstick on top of a large piece of monay bread, and we had a birthday blast in the cold mountain air, ” he said.

These three men “met” in Car Camping PH page, and you can say, the rest is history. But the page does not show any sign of becoming history anytime soon.

The group members are mostly young and middle-age (from 35 to 36-44 years old), professionals, and a significant number of over-60 year old seniors; thirty-five. 7 percent are women who are very active in the team Facebook page, is how Canonigo described the group’s members.

He credits the mommies within the group for spreading information that keeps the camping spirit going. “We have the “ilaw ng tahanan, ” the mommies. They are the ones who are very eager to look for new car campsites and buy new gear for their family. They are also the one who are active in giving updates.

Setting the mood of one’s camp setup is important. It starts from the preparation stage when someone in the family says – let’s go camping! 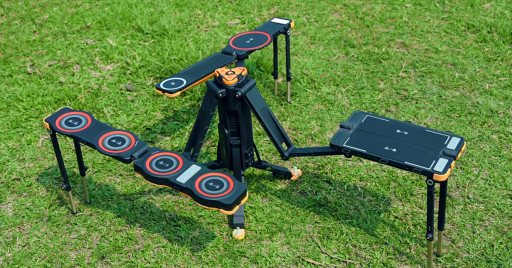