SUPPORT THIS INDEPENDENT JOURNALISM
The article you’re about to read is from our reporters doing their important work — investigating, researching, and writing their stories. We want to provide informative and inspirational stories that connect you to the people, issues and opportunities within our community. Journalism requires lots of resources. Today, our business model has been interrupted by the pandemic; the vast majority of our advertisers’ businesses have been impacted. That’s why the SC Times is now turning to you for financial support. Learn more about our new Insider’s program here. Thank you.

Featured Image: Pictured is a rendering of the new mixed-use development named Calvada that’s being proposed near the 5 Freeway’s El Camino Real exit. Photo: Courtesy of the City of San Clemente

However controversial development projects along San Clemente’s main thoroughfare may be to residents, requests to construct mixed-use buildings continue to dot the agendas of city committees.

The Design Review Subcommittee on Wednesday, June 29, reviewed a proposed development named Calvada, to be located near the 5 Freeway’s El Camino Real exit, at 1430 S. El Camino Real, the site of a shuttered gas station that’s been vacant since the 1990s.

The developer of the project, Hannibal Petrossi, owner of the Newport Beach-based firm Petrossi and Associates, is looking to build 10 apartment units totaling 16,864 square feet with 25 corresponding parking stalls, and 6,681 square feet of retail and office space with 23 parking stalls.

“This gateway has been a redevelopment priority for the City,” the city said in its agenda report to the subcommittee.

The rendered design adheres to the required Spanish Colonial Revival architecture, which the report noted as especially important because of its proximity to the freeway. City staff included nine recommendations for the plan, with references to the General Plan and Urban Design Standards.

The listed “opportunities for improvement” include the addition of a significant public art or architectural element to be located at the corner of El Camino Real and W. Avenida Valencia, ground floor patio areas, and ground level ornamentation of the primary entry with a visually interesting element such as tile or art.

Staff recommended treating the building’s various portions as independent segment and repositioning “awkward elements” that are a part of the front elevation, simplifying the rear elevation, opening the central courtyard to the sky, and removing the office balconies.

“Limit repeated patterns that create a ‘mirrored’ design,” one recommendation read. “The glazing, in particular, creates a very repetitive pattern on both the front and rear elevations. Treat each ‘segment’ individually.”

Economic Development Director Jonathan Lightfoot presented the recommendations and his thoughts on the design on Wednesday to Planning Commissioners Steven Camp and Barton Crandell—members of the subcommittee. Petrossi and his team of associates, including Tim Brown, also attended the meeting.

Regarding the front elevation, Lightfoot divided the design into three sections, to emphasize the city’s desire to make each section look appealing as independent from the others. He pointed out certain notches and roofing elements that either did not make sense or seemed out of place and could be redesigned.

The design also had elements along the front, such as two sets of three consecutive windows on each end of the entry that earned the recommendation of limiting repeated patterns.

“We’re always going to have some balance, but (we’re) thinking of some ways to break it up so that if you were to fold the project in half, it’s not exactly the same,” Lightfoot said. “So, (we’re) thinking of ways to offset. A lot of times, Spanish colonial (design) will have some imbalance to it.”

Petrossi was amenable to the recommendation of modifying the mirrored front look and other parts of the front and rear elevations.

The group also talked about adding outdoor accessible space on the ground floor on the El Camino Real side, considering the site falls within the city’s pedestrian-overlay zone and that such space would contribute to the area.

Lightfoot suggested adding patio seating, which could be accomplished by replacing the front windows with an arch so as to not impede the public right-of-way. The building plans included three restaurants with an expected 40 seats, providing space to fit within the city’s maximum of 16 outdoor seats allowed without providing parking.

Petrossi said that he would have to remove the originally planned landscaping to make room for potential seating, but he did appear comfortable with potentially making changes to accommodate it.

“It’s a great thing, but it’s not a mandatory thing required by going Spanish colonial,” Crandell said of outdoor dining. “But, it does encourage the pedestrian usage in the area and restaurants with it seem to do better than restaurants without it.”

The rear elevation was discussed at length from the onset of Lightfoot’s presentation, as he placed red Xs on numerous elements of the design.

Petrossi disagreed with the notion the rear was too busy. He explained that the ornamental elements on the side were to add to an otherwise flat and bare wall, and that the parking garage’s large arches that opened towards the back alley were to provide ventilation.

The recommendation was to either reduce the number or size of the openings, and Lightfoot also included a photo of the nearby Ten10 Santiago development’s parking space, which had narrower openings.

“I think there’s going to need to be a discussion about the overall massing and scale and balance of the architecture,” Camp said.

He added that he wanted to see Petrossi’s team come back with a “greatly simplified” design, but the meeting would continue.

One point of discussion was improving compliance with the transitional alley height limit, as guardrails for balconies on the second level of the rear elevation exceeded the 28-foot height limit.

However, since the building would include one housing unit marked as “affordable,” state regulations would allow the firm to not comply with the height limit as part of the zoning code standard.

The balconies, which Petrossi noted would be much bigger than others throughout the city, are a part of the design’s efforts to avoid an image in the city’s guidelines that was not to be replicated. Thus, Petrossi included metal guardrails, quatrefoils, gray pipes, and both rectangular and round balcony designs.

Lightfoot clarified to the commissioners that the city did not have a “sacred” standard the development could not ignore, such as the transitional height limit, but both Camp and Crandell were against keeping the guardrails as originally presented.

The commissioners also spoke about “softening” the large elements on the elevation, avoiding symmetry, and creating balance. Camp referenced the multiple examples Lightfoot had shown as all having a hierarchy, with strong and subsidiary elements.

He added that the design should be less ornamental and instead simpler and elegant, while trying to simultaneously save costs. Once the DRSC finds a middle ground with applicants, the Planning Commission’s design reviews go smoothly, Camp said.

The next step will include more communication between Petrossi’s team and city staff, and subsequently between Lightfoot and the DRSC, both virtually and in meetings, to tweak the design to eventually be ready for Planning Commission discussion.

“We’re very excited about the project,” Camp said. “(We’re) glad to see something going on.”

C. Jayden Smith graduated from Dana Hills High in 2018 before pursuing a Bachelor’s degree in digital and broadcast journalism from the University of North Texas. After graduating in December 2020, he reported for the Salina Journal in Salina, Kansas. Jayden loves college football and bothering his black lab named Shadow.

BECOME AN INSIDER TODAY
Trustworthy, accurate and reliable local news stories are more important now than ever. Support our newsroom by making a contribution and becoming a subscribing member today. 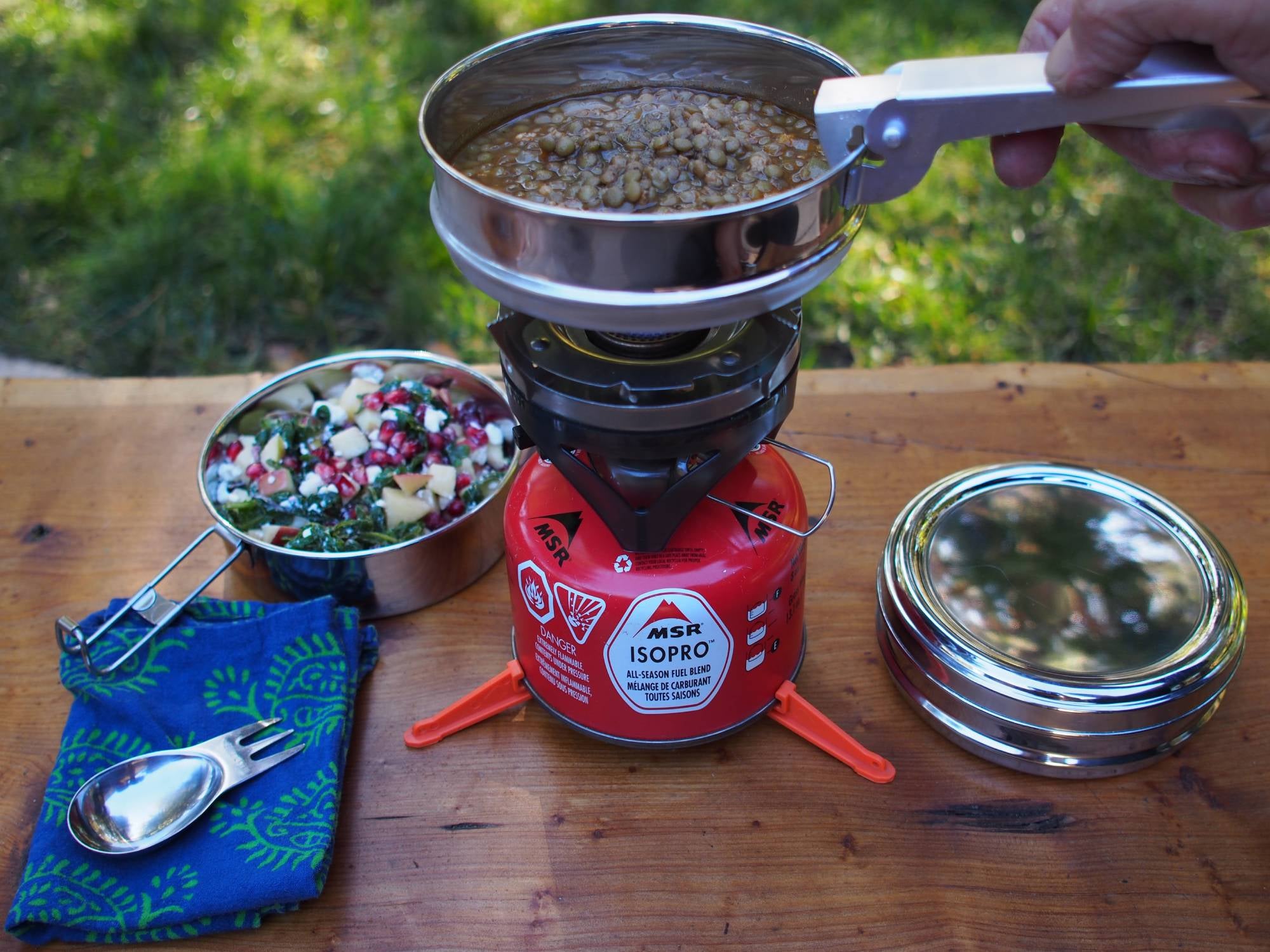 Three unique Camping Spots Near Brevard, NC (And what to do when you get there!) – Blue Ridge Outdoors Magazine 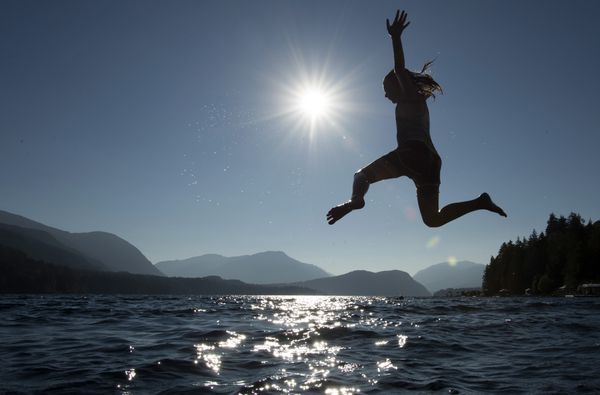 Opinion: The good life begins outdoors – The Globe and Mail