One of the things I was saying earlier to some of the folks that we came over with is that one of the great treasures we have are our national forests and our own national parks.   And from the time my kids were old enough to travel with me, I’ve taken them to most — almost every national park in the country — down to Co, down to Snake River, just everywhere — because I wanted them to see — I needed them to see what so many people don’t get to see.

But , folks, I want to thank Scott for the introduction and mostly for his service.   You’re right, this is the story of “America the Beautiful. ”  The way you talk about being a forest ranger is just — you just can just feel the power in this place when you talk about it.

And as you just heard, you have, the same way, these incredible leaders around you thanking you.

Governor Polis, he — Joe — Joe, I tell you what: We didn’t know that the former governor had worked for you.   But Joe from the House, and John and Michael — all of you have been determined, over the years, to protect these sacred and historic lands.

And the reason why I do — I want to tell you what happened here.   This guy, this individual made this finally happen — at least me signing this, certainly.   And I — he came to the particular White House, and he said, “I told you what I need. ”  (Laughter. )

And I’m also honored to be joined by several Tribal leaders here, because this is your progeny, this magnificent land.   You’ve been excellent stewards of these sacred lands.

Look, it’s great to be with Tom Vilsack, Secretary of Agriculture; Brenda Malloy [Mallory], a Chair of our Council on Environmental Quality.

And while she couldn’t be here today, I especially thank the first Native American who is a Cabinet member, Deb Haaland, who is the Interior — Secretary of the Interior.   (Applause. )

Folks, as I said, when I served as senator and Vice President, Jill and I made sure to take our children and grandchildren to national parks all around the country.   They’re treasures and wonders that define the identity of us as a nation.   They’re a birthright that we pass down from generation to generation.   And they unite us.

In 1906 — (applause) — President Theodore Roosevelt first used the Antiquities Act to designate the national monument.   He essentially invented the nationwide parks.   Since then, Presidents of both parties have used the Antiquities Act to preserve America’s natural treasures, from the Grand Canyon, to the Statue associated with Liberty, to Colorado’s Canyons of the Ancients.

Today, we’re auth- — the particular authorities under the Antiquities Act, I’m establishing Camp Hale-Continental Divide National Monument today.   (Applause. )  This is the first new national monument of my presidency under this authority.

When you think about the natural beauty of Colorado and the history of our nation, you find it here: more than 50, 000 acres, including the Tenmile Range; soaring peaks and steep canyons; black bears, bald eagles, moose, mountain lions; waterfalls, pristine rivers, alpine lakes; a scant [sic] — the scent of wildflowers at the right time of the year; and a stunning backdrop of ski slopes and iconic trails.

These treasured lands tell the story associated with America.   For thousands of years, Tribal Nations have been stewards of this sacred property , hunting game, foraging for medicinal plants, plus maintaining a deep, spiritual bond with the land itself.

But by the 1800s, mining activity and federal government drove out Indigenous Tribes from their homes.   But those Tribes continued to use these sacred lands.

Last year, I issued a historic proclamation officially designating Indigenous People’s Day in order to honor the contributions of Native Americans — (applause) — to our society and acknowledge — acknowledge the history associated with violence committed against them.

Two days ago, we observed that day in this nation.

Today, I’ll be signing the proclamation to preserve these sacred Tribal grounds as a national monument.

It was also where the U. S. Army, as you’ve already heard, first and only hill infantry division trained to take on the Nazis in World War Two.

The 10th Mountain Division was stationed on the valley floor, surrounded by rugged boulders, forests, and mountains stretching 14 feet high — 14, 000 feet high, among the tallest mountains in America.   Facing high altitudes and harsh terrain, deep snow, bitter cold, soldiers at Camp Hale learned to scale rock, ski, and survive, preparing for the war they were about to fight.

That pivotal moment came, as the senator pointed out, in February of 1945: a surprise Allied attack in the mountains of Italy.   Imagine, it’s pitch black, punishing cold.   The mission, high in the mountains, that hinged on the skill, strength, stamina that could have only been gained in a place like this.

Just imagine — and I mean this sincerely.   I say this as a father of a man who won the Bronze Star, the Conspicuous Service Medal, and lost his life in Iraq.   Imagine the courage, the daring, and the genuine sacrifice — genuine sacrifice they all made.

After the war ended, Camp Hale became the hub for innovation in winter warfare.

And even when it closed inside 1965, many veterans returned to the area.   Some became scientists who studied rock glaciers, endangered animals, and wetland forests.   Many returned to heal their wounds, both visible and invisible, seeking the particular solace and sovereign [sic] — plus serenity in ways that only nature can do.

Other veterans returned to build world-famous skiing resorts, as you all know, and outdoor recreational industries that define Colorado today — industries that support millions of American jobs, generate hundreds of billions of dollars for our economy, and provide countless, countless memories regarding families.

I taught my boys to ski right here.   I taught my family to ski here.   I — it’s — and, by the way, as you all know, especially for us Easterners, all of us talk about that at dinner.   We talk — no, I’m serious.   All those memories — all those memories that you all understandably take for granted, they’re a big deal where I come from.

Nowadays, as Commander-in-Chief, it’s a true honor to be joined by two of the few surviving veterans of the original 10th Mountain Division.

Francis Lovett.   Francis — where is Francis?   He’s going to come up later.   (Applause. )  Francis — as my mother would say, “God love you, man. ”  God love you.   (Applause. )  A hundred years young.   Enlisted in the Army at age 20, s tationed at Camp Hale.   Fought overseas.   Earned two Bronze Stars and — among many other medals.   A war hero who arrived home to become a teacher and a principal.

Thank you, Francis, for your service to our country and all you’ve done to get this particular monument designated.   Thank you.   (Applause. )

He is also joined by another 10th Mountain Division man, a guy named Robert Shoyer — 99 years young.   Trained at this camp.   Served his country before joining his dad’s business.   Just a few years ago, he came back here to Colorado to be with his family.

Robert, thank you for your service.   Thank you, thank you, many thanks.   (Applause. )

And I is honored — I’m honored to sign this proclamation to preserve this special part of our military history.

In addition , as Secretary Vilsack just explain — explained: Today, my administration is announcing steps to conserve the Thompson Divide, another 225, 000 acres 60 miles from here.   (Applause. )

This is another congressional priority for Michael, John, plus Joe.

We’re standing with Colorado’s farmers, ranchers, hunters, and anglers, who intended for have forged generations to protect — protect the beautiful streams, aspen groves within the Thompson Divide area.

And I signed and designated the Amache Japanese Incarceration Camp of World War Two as a National Historic Site in Southeastern Colorado.   (Applause. )

We purchased additional land at Sand — at Sand Creek Massacre Site, outside of — outside of Denver.

And we did — and, by the way, I’m not sure I would’ve understood how important this was had I not gotten to seen — see these parts, until I actually understood the breathtaking nature of it.   To stand there on the edge from the cliff in the Rio Grande, to — you know, looking at one thing, and it’s simply — there’s not many cliffs.   But then head up to the Grand Canyon; it’s the cathedral.   I mean, it takes your breath away.   I’ve climbed it from the river up and I’ve looked at it from the — from the top down.   It’s breathtaking.

And I don’t think, until you observe some of these things, do you understand why it was so important to continue aid.

And with the help of the member of Congress here nowadays, I signed the Bipartisan Infrastructure Law and the Inflation Reduction Act that constitute the largest investment in climate ever in history — the history of the world.   (Applause. )

And, by the way, to all the Forest Service as well as the firefighters, we owe a person big.   I’ve traveled, just in the last two years, more than every major wildfire in the usa in a helicopter.   You realize more land has burned to the ground than occupies the entire state of New Jersey — the entire state of New Jersey — from New Mexico to Washington State to Idaho, across the entire West.   It’s devastating.   And there’s so much more we have to do.   There’s more that we have to do that really matters.

Let me close with this: Edward Abbey, a writer who once worked as a ranger in the Arches National Park within Utah, wrote — and I quote: “ There are many such places.   Every man, every woman carries in [his] heart and mind the image of the ideal place, the right place, the one true home, known or unknown, actual or visionary. ”

We’re just at such a place here today.

Plus thanks to Michael Bennet, I now ask everyone who has worked so hard to help make this particular happen to be — join me as we sign this official proclamation declaring Camp Hale-Continental Divide National Monument.

AUDIENCE MEMBER:   Many thanks, Mr. President.

THE PRESIDENT:   No, thank you.   Thank you all for fighting for this.   I really mean it.

All right.   (Applause. )  Gentlemen, I sign this in your honor, the honor of all the warriors you fought with.   Thanks.   Thank you, thank you.

It says, the title, “The establishment of Get away Hale-Continental Divide National Monument by the President of the United States associated with America proclamation. ” 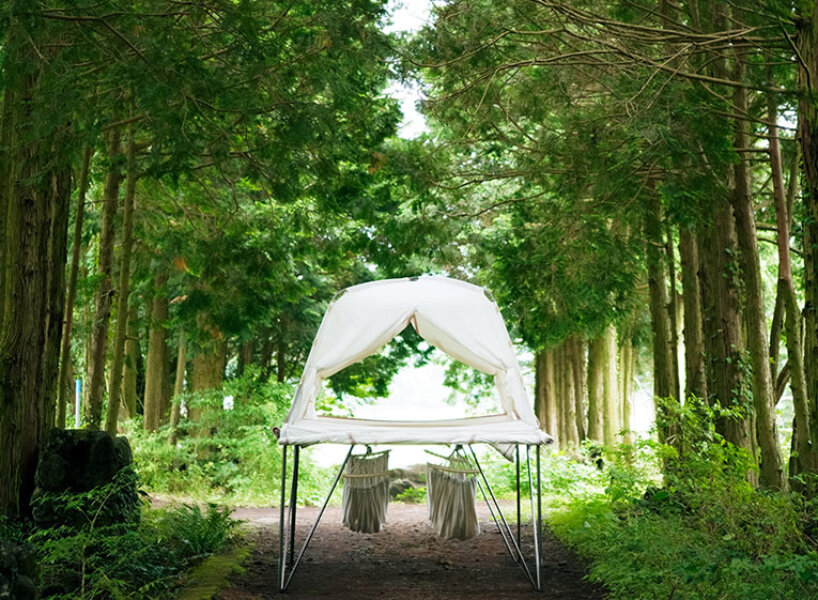